It's never been better

That’s half a decade. Oy.

3 months and 4 days since I last updated this site. Sorry about that; I just wanted to step back for a little while, particularly since my 5 year was coming up.

Adam’s the only person who remembered that it was an important day for me. For us. That thing that happened in my brain back then – that happened to us, and so we spent a few hours just being alive in the same space.
He’d stopped by after work, saw how miserable I was, turned around and came back with a plan of food and something on Netflix for the evening. I cheered up.

I’d spent the day looking at the photos, videos and notes from my therapists and others who had taught me to do things like sit up, swallow water, use inflection in my speech, convey my humanness. Swinging from sad to amused, angry to proud; feeling too much and not enough. Too much for a bipolar girl, already in too deep of a “low”, to be going through the memories by herself, and yet not feeling enough to handle that particular day on my own, alone. I’d tried to convince myself to put the things I might use to harm myself away in case I got too low – I hadn’t wanted to go past my 5 year mark alone, and I’m not sure I’d be typing this if Adam hadn’t remembered what day it was. He’s always got my back and I’ll always watch his.

November sailed past after that. A week of Thanksgiving vacation and a Blue October concert at Revention Music Center with my sister on the same day we got back from vacation. 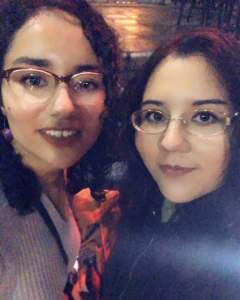 Me and Andrea at the show

December 1st. My father’s birthday. I’d bought a DNA test for his gift. We’d found out from my and my sister’s DNA results that we both have vastly more native American than we had imagined.

Something else: a second DNA test found an f2 gene variant. 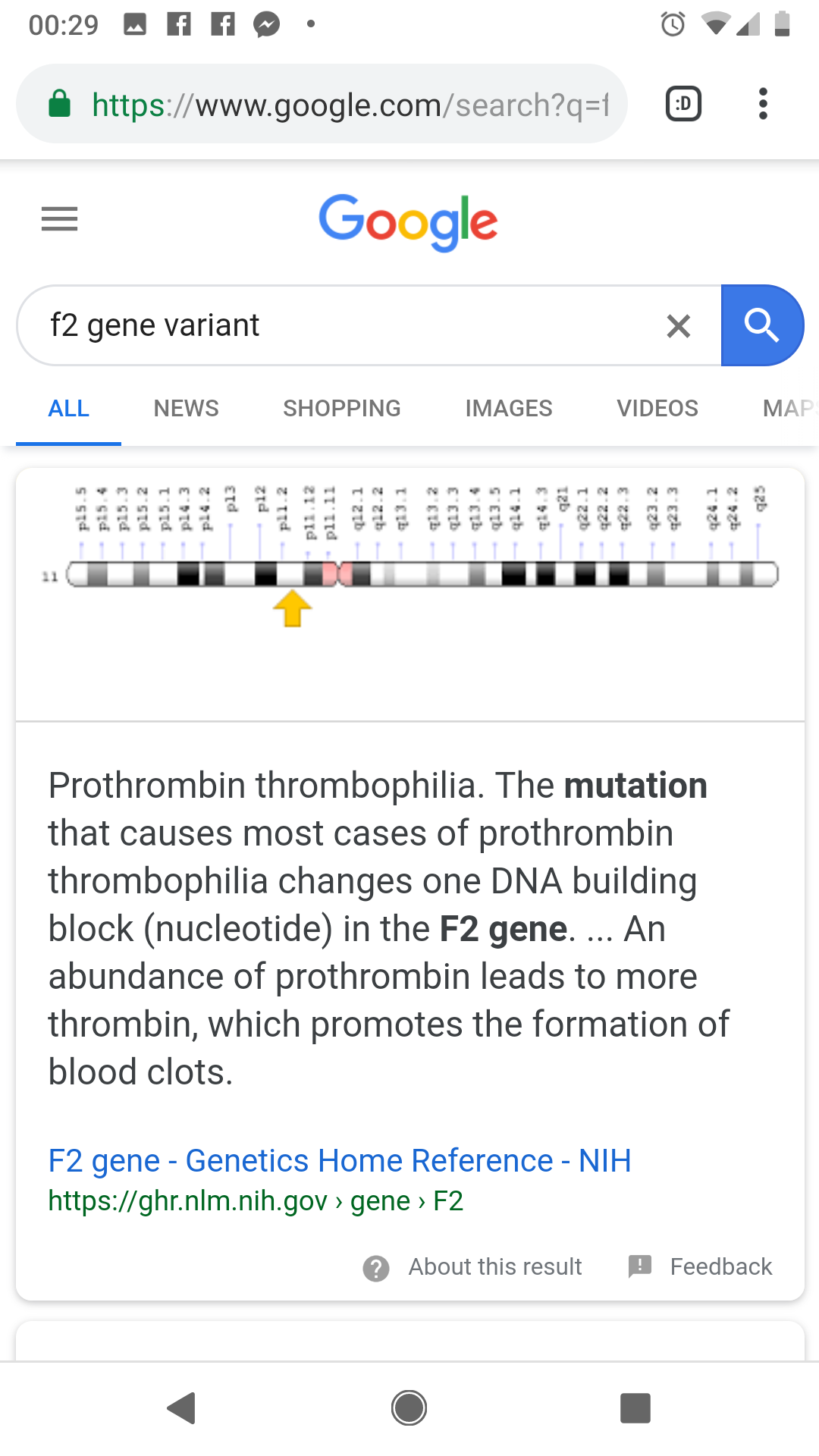 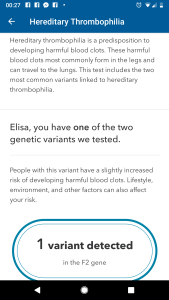 Is that what caused my stroke? Dunno. But at least it’s no longer an “ischemic infarction of cryptogenic origin“. Now there’s potentially a why.

It was around this time that a friend of mine, during a conversation with a group of friends, somewhat jokingly stated that he’d be ‘ready to go (die)’ once he’d need help going to the bathroom.
I don’t know what made me take it the way I did. I kept quiet while I angrily seethed with indignant humiliation at the memories of nurses helping me to the washroom after I no longer needed a catheter or a bed pan and was able to move more than my left arm. It wasn’t until 6+ months after the stroke that I was able to do that completely unaided. I just… I don’t understand why that comment hurt. I still try to sort it out.

Hanukkah came. The menorah that had seen so many lightings throughout the years, The Barenaked Ladies’ Hanukkah Blessings in the background, smiling and watching the candle flames dance on the kitchen counter. Comfort in the feeling of a familiar ritual. And smiles; sometimes you just need the familiar.

The day of the Christmas party at Heather’s. I sent her a message to let her know that I wouldn’t be there for the third year in a row. Sometimes things come up that you have no control over. Sigh.

New Year’s. I didn’t know if fireworks would stir panic inside me again. They did, so I eventually curled up with my Companion Cube plush and fuzzy alpaca-shaped pillow, and tried to disappear. 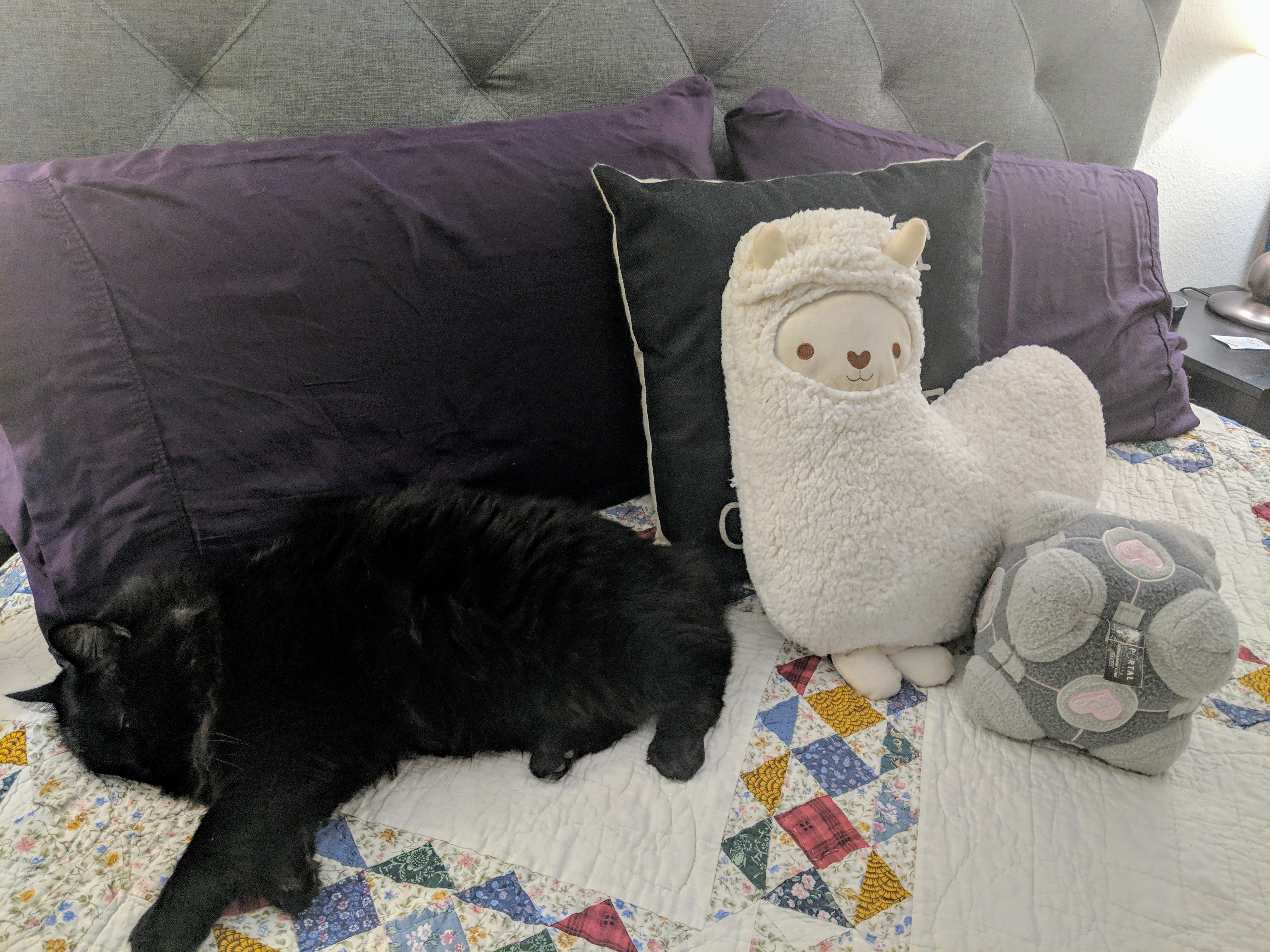 Almost a week later and I still feel okay. It’s a good thing, to be okay. Not just okay but just okay. Okay and happy with it.

I’ve been having more seizures. Plenty of simple partial (focal aware) seizures and several absence seizures – 3 in the past week alone. Maybe my medication needs to be adjusted. I dunno. I’ve learned to be patient when it comes to waiting for answers.